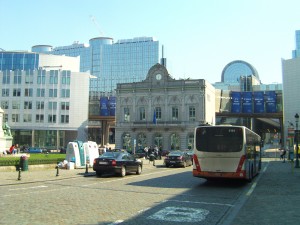 Non-EU seasonal workers will get better working and living conditions, including a minimum wage and proper accommodation, under a draft law agreed by Parliament and Council and backed by national governments on Tuesday. These rules aim both to end exploitation and to prevent temporary stays from becoming permanent. They are to be put to a plenary vote in January 2014.The European Commission estimates that over 100,000 third-country seasonal workers come to the EU every year.

“We finally have agreement on a Directive that manages temporary, legal migration and ensures protection of workers from exploitation. It will be a strong tool to ensure humane conditions for low wage workers, discourage undercutting, and benefit good employers”, said Parliament’s rapporteur Claude Moraes (S&D, UK) on the compromise.

These rules, the first to be agreed at EU level on seasonal work, will not affect the right of member states to decide how many seasonal workers they allow in. Member states will also be free to widen the definition of “seasonal work” beyond the traditional one of tourism and agricultural work such as fruit picking, provided they consult social partners where appropriate and ensure that all the activities defined have a “seasonal aspect”.

Any application to enter the EU as a seasonal worker will have to include a work contract or a binding job offer specifying essentials such as pay and working hours, says the agreed text. At MEPs’ request, it will also include evidence that the worker will have appropriate accommodation. Where accommodation is arranged by the employer, the rent must not be excessive or be automatically deducted from a worker’s wage, says the agreed text.

The deal says non-EU seasonal workers will have the same rights as EU nationals as regards minimum working age, pay, dismissal, working hours, holidays, and health and safety requirements. They will also have the right to join a trade union and have access to social security, pensions, training, advice on seasonal work offered by employment offices and other public services, except for public housing.

The text also says that employers may pay the workers’ health insurance and travel costs from the place of origin to the place of work and vice versa.

Each member state will be required to fix a maximum length of stay for seasonal workers, which can be between 5 and 9 months over a 12 month period. Seasonal workers will be able to extend their contracts or change employers within that limit.

The new rules would simplify and accelerate procedures allowing non-EU seasonal workers to move between third countries and the EU for temporary stays and work. This may be done by speeding up procedures for returning applicants, giving them priority for admission or issuing several seasonal worker permits at once.

Employers in breach of their obligations will face “effective, proportionate and dissuasive” sanctions and will have to compensate the seasonal worker concerned. Sub-contractors may also face penalties. Employers could also be banned from applying for seasonal workers.

Member states will be required to prevent any possible abuse of these rules, inter alia by carrying out inspections in line with national law.

The agreed text will be put to a vote by the Civil Liberties Committee on 14 November, and a plenary one currently scheduled for January 2014. If the new rules are approved, member states would have two and a half years to put them into effect.

StUKIP – 1 GB free now in EU or will Westminster ignore people’s will at 11th hour?   A Comment by Ralph T. Niemeyer…