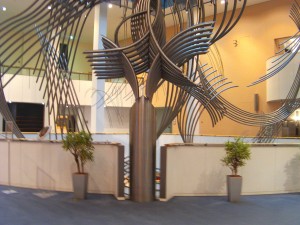 Consumers should be given more information about the goods they buy, including where they were produced and whether they have been properly tested, and potentially dangerous goods should be taken off the market faster, said the Internal Market Committee on Thursday. The committee endorsed two draft laws stepping up product safety requirements and market surveillance rules.

The two draft regulations on product safety and market surveillance are to replace the current EU Product Safety Directive. They should make product safety rules easier to comply with EU-wide, so as to meet the challenge posed by the growing range of goods imported to the EU and circulating on the single market.

The product safety regulation will cover all products sold in the EU for which there is no sector-specific safety legislation, and thus provide a general safety net for consumers.

“Today, all European consumers have won a great victory. We have ensured that children will be better protected and that it will be possible to label safety-tested products with an “EU Safety Tested” mark”, said product safety rapporteur Christel Schaldemose (S&D, DK). “Another great victory is that manufacturers or importers will have to place a country of origin label on their products, regardless of whether they were made in the EU or imported from a third country. This is a big step forward for transparency in the product supply chain, and that is good for the consumers”, she added.

Today, around 10% of goods picked up by the EU alert system RAPEX cannot be traced back to the manufacturer. MEPs backed a European Commission proposal to require “country of origin” labelling so as to improve the traceability of products and enable consumers to make informed choices.

EU manufacturers should be able to choose whether they want to put made in the EU on the label or name their member state. Where a good was produced in more than one country, the country of origin will be where it underwent its “last, substantial, economically justified processing or working in an undertaking equipped for that purpose and resulting in the manufacture of a new product or representing an important stage of manufacture”, MEPs say.

To enhance safety and better inform consumers, MEPs suggested introducing an additional, voluntary”EU safety tested” label to show consumers that a good has been tested by an accredited third party and declared safe. It would be up to EU member states to ensure that the new label is used correctly.

MEPs also insisted that products which are not intended for the use of children, but which might appeal to them due to their design, packaging or characteristics, should be assessed for their levels of risk.

MEPs voted to reinstate the “precautionary principle” which appears in the current Product Safety Directive, but is not included in the Commission’s proposals. Applying this principle means that consumers will be given the benefit of the doubt and products which might jeopardize their safety will be removed from the market faster.

To ensure that crime does not pay, MEPs want to ensure that penalties for placing non-compliant or potentially dangerous goods on the market are “proportionate and dissuasive” and also take account of the “seriousness, duration and intentional or recurring character of the infringement as well as the size of the company”.

MEPs also propose that the Commission should draw up a public EU-wide blacklist of firms which are “repeatedly found to have intentionally breached” EU product safety rules. In addition MEPs suggested establishing a pan-European database on product-related injuries suffered by consumers.

The draft report by Mrs Schaldemose on product safety was adopted by 27 votes to 7 with 5 abstentions.

The draft report by Mrs Pietikäinen on market surveillance was adopted by 32 votes to 4 with 2 abstentions.

The Committee will vote at a later stage on a mandate for the two rapporteurs to open negotiations with the Council with a view to reaching a first-reading agreement before the end of this parliamentary term.

"Made in" labelling to enhance product traceabilityChildren should be better protectedEU-wide blacklist of "unsafe" companiesGetting potentially dangerous products off the marketPenalties for companies selling non-compliant productsRalph T. Niemeyer

By Ralph T. Niemeyer There will be the traditional Economic Forum from June 15th to 18th in Saint-Petersburg. Originally a Putin’s economic toy, surviving…