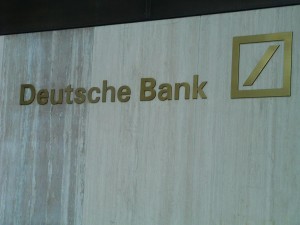 Rapporteur for rules on dealing with struggling banks Elisa Ferreira (S&D, PT), backed the key tenets of the Commission’s proposal on Monday, including placing the EU executive at the heart of the system. She nonetheless tabled amendments requiring a financial safety net until the EU bank crisis fund is fully funded, strengthening depositor protection, and clarifying responsibilities at each stage of dealing with a failing bank. The amendments also step up European Parliament oversight.

Presenting her draft report to the Economic and Monetary Affairs Committee, Elisa Ferreira (S&D, PT) focused on the single resolution fund, depositor protection, and the allocation of responsibilities among the players involved.

In its infancy, the proposed resolution fund, which is to finance the winding down or propping up of troubled banks, will be credible only if it has backstop funds to tap into, Ms Ferreira said.  To this end, an amendment stipulates that an EU loan facility would need to be available before the fund becomes operational.  Loans would be reimbursed by the fund within an agreed timeframe.  This system would ensure that taxpayers are be truly the last to be called upon, especially in the early stages when the resolution fund is not yet fully up and running.

Other amendments seek to protect depositors by requiring that the fund be activated before bank deposits, large or small, are called upon to take a hit.

Finally, the rapporteur’s amendments would establish a stronger link between the risk level of a bank’s activities and its contribution to the resolution fund.  The riskier a bank’s profile, the more it would have to contribute to the fund.

To ensure credibility, responsibilities must be clearly allocated among the various players involved in resolving bank troubles.  To this end, the rapporteur’s amendments say that a decision to initiate resolution work would have to be preceded by a communication from the European Central Bank’s single bank supervisor. Thereafter, any decision initiating a resolution process should be based upon a recommendation from the Resolution Board.

Amendments can be tabled by the committee’s MEPs until 18 October for a committee debate scheduled for 14 November.  The committee vote is planned for 25 November. After that, the lead MEPs will enter into negotiations with the Council to hammer out a deal.

Non-EU seasonal workers will get better working and living conditions, including a minimum wage and proper accommodation, under a draft law agreed by Parliament…