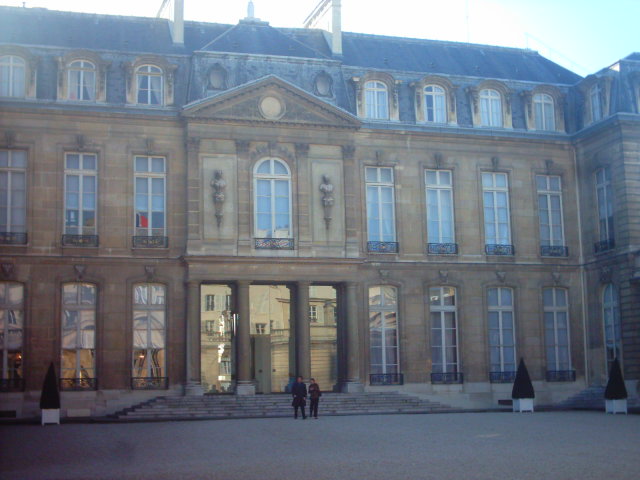 ‘Could Greece’s next rescue payout go straight into the pockets of London hedge funds?’ asked the International Herald Tribune (IHT) on its front page of 11 January 2012. Across the North Sea in Germany, negative sentiments over further bailouts and rescue missions for the financial sector are gaining ground not only among ‘Occupy’ activists but also ordinary citizens – the ‘real’ 99%.

Suddenly, it is the majority in Germany who is demanding nationalisations of the banking industry, and many citizens wonder whether key industries and infrastructural areas of business should become state-owned. But, having lived through painful separation after World War II with an increasingly socialistic East that let the economy – one with a good start in the 1950s and 60s – cripple with over-centralisation, many Germans are worried how a free market could be maintained after capitalism.

Apparently, a new business model ought to be developed for Germany immediately after the final collapse of financial capitalism. This will, first of all, require the undoing of privatisations of the past two decades. Secondly, it will reverse the commercialisation of those areas of public subsistence that communities, city council and the state still own yet have already managed in a way that a private company would.

Public subsistence areas – water, energy and waste management, transport,
telecommunications, health care and education – should be dealt with by the public hand. Private companies have not shown they can provide efficient services at affordable costs while at the same time obeying tariffs, wage standards or providing social security for the workforce. If public enterprises in those sectors are not profitable, private ones won’t manage any better. Instead, they will tend to lower the standards and increase the prices in order to fill the pockets of shareholders or pay bonuses to their management.

Public basic subsistence for citizens for the most essential requirements of life
quality is not the only solution to all problems; rather, it is the prerequisite for
democracy and for an economy that is rewarded for ecological and socially sound production. In order to anticipate the future, it is prudent to analyse experiences from the past.

Since 1945, France has not only been confronted with the task of reconstruction but also with the necessity for modernisation. Based on the union’s decision of 1919, it was the Congress of the Résistance in 1944 that defined the post WWII economic policy, one that made it clear that the treasures of the nation could not be exploited for the profit of a few and one that General Charles de Gaulle promoted.

The socialist government of Francoise Mitterrand from 1981 forward pushed
through further nationalisations in industry and the banking sector in order to
protect the French economy against the economic decline that had set in during the 1970s. However, the newly nationalised industries, especially the major steel manufacturers, all had financial difficulties and needed to be rescued by an increase in the investment of research and development.

The investments in the newly nationalised industries were much higher than in privately owned companies. In 1981, the difference was 44%; in 1984, still 26%.

President Mitterrand’s strategy had been very successful as the French growth
rates rose higher than the EC average at the time. Only the opening of the market towards the European Community lowered the trade balance and put the franc under pressure to depreciate, which accelerated because of capital flight. In the end, France had to agree to a restrictive fiscal corset in order to keep the Franc within the European monetary system.

By these measurements, the attempt to find an alternative way out of the crisis to the neo-liberal policy of the neighbouring countries had proven illusory. From 1986 onwards, a privatisation wave set in, during which the state sold its ‘family silver’ in order to achieve short-term effects.

Tragically, Mitterrand’s concept didn’t work not only because of a malfunctioning of the state-owned industries and public sectors but because he had been isolated among the EC leaders in his socialist approach and had more than once clashed with the German Bundesbank and its restrictive course.

To continue with the ‘French way’ would only have been possible by re-introducing capital-control measurements while pulling out of the European monetary system. One can say the nationalised industries had nevertheless continued to increase their investments that made them ever more profitable and allowed them to pay fair wages – and provide better working conditions – than any private enterprise could.