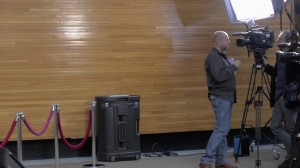 The impact of US National Security Agency and other surveillance programmes on EU citizens’ privacy and media freedom and the lack of democratic oversight of these programmes were among the key concerns voiced by MEPs and key journalists on Thursday, in the first of a series of hearings on alleged spying by the US and EU countries.

“The aim of this investigation is to determine the impact of these surveillance activities on EU citizens”, said leader of the Civil Liberties Committee inquiry Claude Moraes (S&D, UK).

“Surveillance has a huge impact on people. The NSA is not bound by EU laws and does not care about your laws, so it can wiretap anybody in your countries without any kind of warrant”, pointed out investigative journalist and computer security researcher Jacob Appelbaum in his opening speech. “This is not a post 9/11 issue – the US has been doing this for a very long time”, he added.

The use of UK anti-terror laws to detain David Miranda and UK government’s direct threat that it would use the law to demand the destruction of material held by The Guardian are two issues for lawmakers to consider, said its Editor-in-Chief Alan Rusbridger via videoconference. He added that this could be “chilling and obstructive to journalism” and was like “throwing sand in the gears”.

On the need for EU legal safeguards for media freedom, Mr Rusbridger stressed that “European journalists don’t have the same protection as US journalists”, underlining that Article 10 of the European Convention on Human Rights (right to freedom of expression) “doesn’t have the same weight” as the US Constitution’s First Amendment.

“For us the big issue is scrutiny”, said Jacques Follorou, of Le Monde. “Debate in France so far has focused on the technological means used, rather than the law and citizens’ freedoms (…) The point is that these technologies can be used for other purposes than to fight terrorism”, he stressed.

“The key question in this inquiry will be why our systems of check and balances failed”, said Sophia in’t Veld (ALDE, NL).  “We are in a scenario where there are no checks and balances at all”, added Carlos Coelho (EPP, PT). “There should be controls to prevent this type of massive surveillance”, agreed Cornelia Ernst (GUE/NGL, DE).

“This debate is important for lawmakers in all countries. It is an important role of Parliament to see how oversight is done”, concluded Mr Rusbridger.