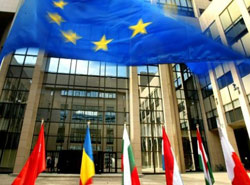 New rules for investing €325 billion in regional development projects across the EU in 2014-2020 were approved by the Regional Development Committee on Wednesday. This funding – roughly a third of the EU budget – will boost local growth and job creation. MEPs ensured that local and regional partners will have a bigger say in decisions, theme-based planning will be more flexible and regional policy will focus more closely on environmental issues.

by Martha Devon
“After many months of intense negotiations, thanks to my negotiating teams’ insistence, we have reached agreement with the Council on more than 90% of the whole legislative package and considerably improved the rules for a more efficient future Cohesion Policy. With the vote, those who implement the programmes and projects in the regions will have more certainty. We will continue to work hard to find a compromise with the Council also on the remaining issues, in order to have a final vote in October so that by 2014 the programmes will be up and running”, said Regional Development Committee Chair Danuta Hübner (EPP, PL).
The five draft reports in the legislative package voted in committee reflect the outcome of more than 10 months of negotiations with the Council.
A new “common strategic framework”, will provide a single source of guidance for all five regional development funds, so as to better integrate EU policies and simplify procedures. The five funds are the European Regional Development Fund (ERDF), the European Social Fund ESF), the Cohesion Fund (CF), the European Agricultural Fund for Rural Development (EAFRD) and the European Maritime and Fisheries Fund (EMFF).
To maximise project impact, member states will henceforth be allowed to combine funds from the ERDF, the ESF and the CF in “multi-fund” programmes. Parliament tweaked the rules to allow more flexibility to tailor solutions to specific regional needs.
MEPs also revised rules on partnership agreements to give local and regional authorities and partners more say in planning and implementation.
MEPs accept that setting project performance conditions can help to make regional development policy more efficient, but will continue to oppose making funding conditional upon macro-economic performance.

“Including ‘smart specialisation’ provisions in the Structural and Investment Funds regulation will enable regions to focus on their strengths in order to create more and greener jobs. Cross-border and interregional cooperation will also be supported” said co-rapporteur for the Common Provisions regulation Lambert van Nistelrooij (EPP, NL).
“With the new set of rules we have also won the strengthening of the European Social Fund. Only now, the regions can start to finalise the development of the operational programmes. The compromise which has been reached gives the signal to the member states that the EU is willing to increase investments to fulfil its social goals”, said Constanze Krehl (S&D, DE), co-rapporteur for the Common Provisions regulation.
Focus on themes, but flexibly

The new rules will concentrate investment on a small number of themes linked to the “Europe 2020” (EU’s overarching growth strategy) targets. This should build critical mass, for better results. However, MEPs also inserted some exemptions to allow more flexibility, especially for the ERDF and for the new category of “transition” regions (those with a GDP between 75% and 90% of EU 27 average).
A broader scope for the Cohesion Fund

“The new Cohesion Fund will be innovative and environmental friendly. Energy efficiency and renewable energy use in private housing, high-efficiency cogeneration of heat and power, and key investments in waste and water sectors will all be eligible for funding”, said Cohesion Fund rapporteur Victor Boştinaru (S&D, RO).
The “European territorial cooperation” scheme becomes a cohesion policy objective in its own right. Also, new forms of territorial cooperation, such as macro-regional and sea-basin strategies will be recognized.
“This is the first time there is a comprehensive separate regulation for the European Territorial Cooperation goal, which should bring clarity for these multi-country and multi-region programmes. With better-focused thematic concentration, the programmes will continue to grow in importance and to tackle the common problems that regions face as well as to reduce the effects of borders as administrative, legal and physical barriers within the EU”, said Riikka Pakarinen (ALDE, FI), rapporteur for the European Territorial Cooperation (ETC).

Negotiations with the Council continue, with a view to a first-reading agreement before the plenary vote in October.

“No thanks, I trust our governments!” By Ralph T. Niemeyer  This year’s flu wave already killed 130 people in Germany whereas the Corona…