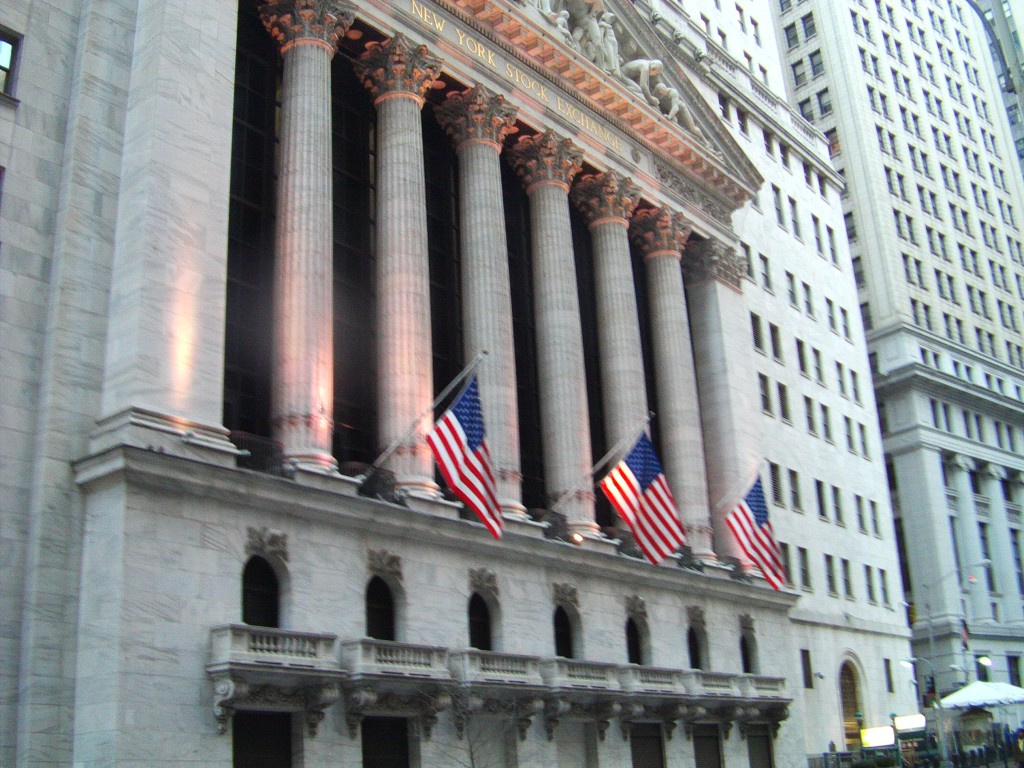 American banks prepare for the state bankruptcy of the United States of America, the Financial Times writes and suggests that financial institutions in the US are going to sell US treasury bonds big time over the next weeks. Pimco, one of the largest hedge funds already did the same two weeks prior to the Fukushima catastrophe. Whatever the reason for that decision may have been, it has proven to be a good one as the Japanese are now withdrawing their savings which are traditionally held in US treasury bonds because the funds are needed for reconstruction. The US Dollar will slump and a great depression is at hand.

But, is it really as bad as 82 years ago? The most significant difference may be that in 1929, the US had been the largest creditor, today it is the largest debtor; however, the outcome may be the same due to structural flaws of the economic system. Americans and Europeans are sitting in the same boat, but not the same life-raft, though.

And, the disaster is a result from mismanagement by those who think that when being bailed out by governments that it only requires a bit of fine-tuning in order to bring things back on track and keep on trucking. This, basically, is the approach EU Commission and EU Council are taking. History doesn’t repeat itself, but there are always periods which show similarities, some of these frightening, some encouraging ones. History develops like a spiral and we have it in our hands to make it point either upwards or downwards. The explosive mixture of the crisis of 1929 which resulted in the Great Depression bringing bitter poverty and hunger back into industrialised nations which led to World War II consisted of 5 major components which may ring a bell for us, too:

In the pretext of 1929 there has been a huge imbalance of income distribution. The concentration of income at the top of society crippled domestic demand.  This re-distribution of wealth from bottom to top of society resulted from the gains of an increased productivity. US productivity per employee rose by 43% between 1919 and 1929 but it had only been transferred to the profit share while wages stagnated.

Secondly, this effect got enhanced by generous tax breaks by which the US government, like in recent years, had pampered the upper class. Domestic demand foremost increased by the consumption of luxury goods while GDP growth solely consisted of investment in the investment goods industry which in the 20ies still grew annually by some 6.5%.

The investment in the capital goods sector had been much less significant which led to a shrinking consumption share. When in 1929 investment into capital goods due to overcapacities lost its dynamism the crash that followed stante pede spoilt the party for the upper class.

The third reason for the Great Depression to spread ever faster in the 1930s was the swindles and bluffs by holding companies and investment trusts which orchestrated a firework of mergers and takeovers. Although superfluous capital got absorbed and by this increased the return on investment, mega corporations – being producing- and financial conglomerates under the same roof counting endless layers – dominated the markets.

In a way, something similar happens these days when one speculates that social network FACEBOOK would be “worth” 100 billion US Dollars if brought to the stock market. It would absorb enormous amounts of cash but it doesn’t utilize those funds as it doesn’t produce anything, like back then.  These monsters naturally had no interest in innovation and development as speculation promised a higher return. On top of that, the impenetrable structure of such ‘Russian Matryoshka doll’- corporations made manipulations of the balance sheets, by which profits could fictionally be pushed upwards, extremely easy. Much more severe in fact was that the Enron’s, WorldCom’s, Lehman Brothers, Merrill Lynch’s and Goldman Sachs’ of that period created financial pyramids which because they included the producing industry in their structures took these with them into the grave when collapsing.

Investment-Trusts back then, like Hedge Funds today, posed as the fourth evil requiring high returns from the companies they owned in order to finance the interest payments for the loans they took for their speculation. But, ever higher returns are only achievable by one-time – effects such as cutting down on wages, social expenditure as well as investments, the latter which once more strangles the economic dynamism.

Lastly, the fifth major reason for the collapse of the economic system of that time is to be seen in the fact that after WWI the US had posed as the largest creditor on the world’s financial markets. Today it is the largest debtor.

Other than nowadays, in the 1920s the US exported much more than it imported. The surpluses were financed by an influx of gold and silver. In addition, German bonds were greatly appreciated by the American upper class to have otherwise superfluous liquidity being absorbed.

With a bit of sarcasm one can say that these American bonds served to a large degree the reparations payment of the German government. The money Americans invested in German bonds only virtually travelled to Germany. De facto – as WWI reparation payment – it ended up in Uncle Sam’s deep pockets. The US government badly needed those funds for paying interests for its own bonds, which, and this is quite amusing, benefited exactly those people who had signed for German government bonds as well.  One may not find it tragic that the American upper class by this absurd cycle paid itself interest but the problem was that this huge imbalance of vagabonding funds seeking investment opportunities on the one hand and the enormous debt on the other became a self enhancing mechanism.

Like in any other chain-letter-, pyramid- or Ponzi-financing scheme it has been clear that the debt will never be paid back. We are today in a similar situation, although diametrically reversed as this time it is the US which is the debtor, but the huge imbalances are of same magnitude and the crashes inevitable no matter how much bailout-packages are put on the table.

Also after 2000 the median family income did not increase significantly although it was said that there has been an incredible economic boom. Nevertheless, the US reported a steadily growing consumption share of 3% between 1985 and 1995 and by 4.3% thereafter. Rapidly increasing consumption let the US economy grow at pace rate but led to huge imports and trade imbalances. It has not only been the American upper class but also the family of ‘Joe the Plumber’ who did not tighten their belt despite shrinking wages.  Mr. Obama has a lot of work to do and he can’t do it the Clinton-way as there is no room for manoeuvring unless he creates bubbles as well. But, the American middle class has already eaten up their savings and houses a long time ago.