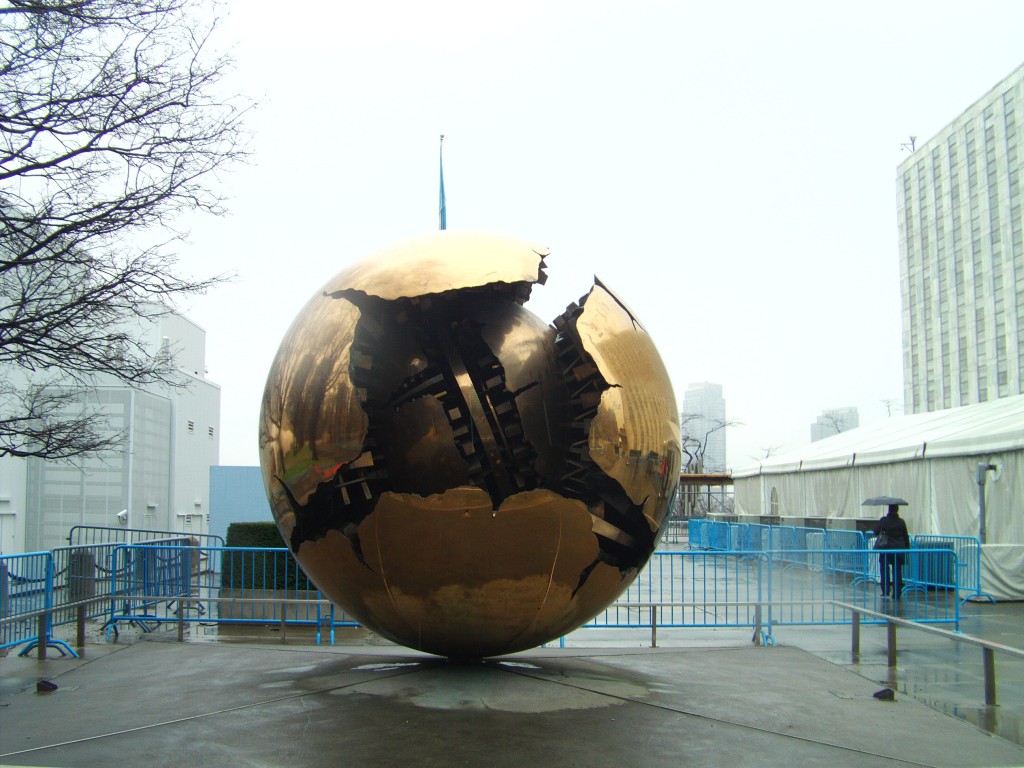 100 years ago the World was as “globalised” as nowadays, yet it led to catastrophe

It became fashionable in the late 1990s and especially around the millennium to talk about globalisation – ATTAC activists and leftist parties discovered that anti-Imperialism and anti-Capitalism could only be topped by anti-globalisation movements. “A new world is possible!” That was the chant, but they were wrong.

A new world is not possible – a new economic system might be possible, but only if the old structures, which for 400 years filled their pockets with scams and frauds, didn’t stand in our way.  History doesn’t repeat itself, rather it develops in the form of a spiral, which may point upwards or downwards.

Today’s decisions need to be made in light of whether we want to live in a “1.0 World or a 2.0 World”, as Harvard lecturer Pankaj Ghemawat put it. Nationalists such as the French ultra-rightist Marine Le Pen advocates the first one, while the latter is propagated by American author Thomas Friedman, who believes that we live in times of complete globalisation.

But, as the world is in fact more heterogenic, perhaps we should call it ‘World 3.0’?

It needs to be reflected, in the light of the terror attack in Norway, that the world today is not more ‘globalised’ than a hundred years ago. Perhaps we feel differently because of the internet and our ability to travel fast, but in reality we are still rather local and not as international as we think. Only 3% of people live in a different country than that in which they were born, while immigration and migration were much bigger issues a hundred years ago. In addition, only 2% of students study abroad.

Only 2% of all telephone calls are cross-border and less than 18% of internet communication is international. Some 95% of citizens digest the daily news from the media in their home country. 38% of news in Europe is international, but in most cases it is about issues in the EU, US, China, war zones or sports. The rest of the world is only covered by very few.

Also, trade in goods and services is less ‘globalised’ than we are led to believe, as only 20% of the world’s GDP is exported, and most of a country’s export goes to its direct neighbours.

In the case of Germany, the number two export nation in the world, 60% of its goods are exported to member states, although the GDP of the entire EU is less than 25% of world GDP. In 1914, Germany exported a larger share of its goods to other regions of the world than it does today.

One may think that because of the financial crisis and the size of the transactions, the ‘globalisation’ had advanced in the world of finance, but that is not true for the level and intensity of international investment, only in terms of volume. Foreign direct investment (FDI) accounts for only 9% of all investments while less than 20% of share capital is injected into investment funds outside the home country. Only 20% of stocks are held by foreigners.

Generally, one can say that our average level of globalisation in the most important areas such as telecommunications, trades in goods and services, news and cultural exchanges, as well as financial investments, has tumbled to around 20%. In 1914, the FDI-quota in relation to GDP was as high as it is today.

This proves that national regulation can co-exist with international agreements – the EU is a good example for the assumption that cultural diversity and integration are not contradicting each other. But it also means that our world is not that much different from 100 years ago – the dangers that result from wrong economic decisions can lead to similar disasters.

In the US, we observe how the same old tools that hadn’t worked well 82 years ago are debated between the corporate foundation of the so called Tea Party faction of the Republicans and President Obama. Back in 1929 when Andrew W. Mellon (founder of the Mellon Bank) as Treasury Secretary of the Hoover administration lowered taxes for the rich, he inevitably enhanced bubble building.

It would be prudent for EU institutions to study the financial history of the 20th century and not run blindfold into a predictable disaster.

The conservative Frankfurter Allgemeine Zeitung noted in its front page editorial on 2 January 2008 under the headline ‘Die Systemfrage’ (‘System-question’) that “some people only now understand how much the competition with communism as long as it existed, had also tamed capitalism. Out of itself, democracy and free-market economy are not more immune against self-destruction than totalitarian systems. In contrast to the latter these do have breaks built in, but these have to be checked and serviced continuously…in order to sustain our society’s vitality. Before others put the Systemfrage onto the agenda, our elites should do it.” There is nothing to be added.

In spring 1927, the Federal Reserve lowered the base rate from 4% to 3.5%, mostly because of pressure from the UK, France and Germany. The Gold standard was also given up, in order to help European money markets. More and more money, backed by neither gold nor production, was printed – treasury bonds were bought by the Fed in bulk as banks and privateers sold and again profited from the cheap influx of cash from the central bank, which they directly reinvested in stocks.

Like today, it has been vital to keep up the myth that everyone could and did participate in the boom, but in 1928, like today, this was nothing but media brainwashing, otherwise the entire system would have lost credibility.

Of the 120 million people living in the US in 1928, the 29 stock exchanges counted exactly 1,548,707 clients of which 1,371,920 were either bankers, traders, brokers or agents themselves by profession, and by working for firms being members of the stock exchanges contributed to the financial incest. 600,000 of these ‘clients’ bought stocks by collaterals and 950,000 paid for it in cash, most of which had been lent to them.

Today, 83% of all stocks in the US are held by only 5% of society and are mostly inherited.  No dishwasher ever got to that point and now even dishwashers are automated – like money making. In Germany, only 8% of the adult population owns stocks – 248 multi-billionaires control around 50% of the world’s economic output.  On 7 November 1928, a day after the re-election of President Hoover who offered tax-relief, the so called ‘Victory Boom’, stocks and shares skyrocketed by 15% in one day. By 17 November, The Times sighted a cyclone-like dynamic.

Like later in 1987 (the Investment Trusts were now called ‘Mutual Funds’ and today are called ‘Hedge Funds’) and today in our ‘globalised’ crisis, this led to a devaluation of prices and wages, a logical consequence of economic excess which, again, as with excessive consumption of alcohol, causes retraction. The brain shrinks.

the Tone makes the Music

by Ralph T. Niemeyer Today, on the 8th of May, the day of the capitulation of NAZI-Germany here in West-Germany, and tomorrow on the…