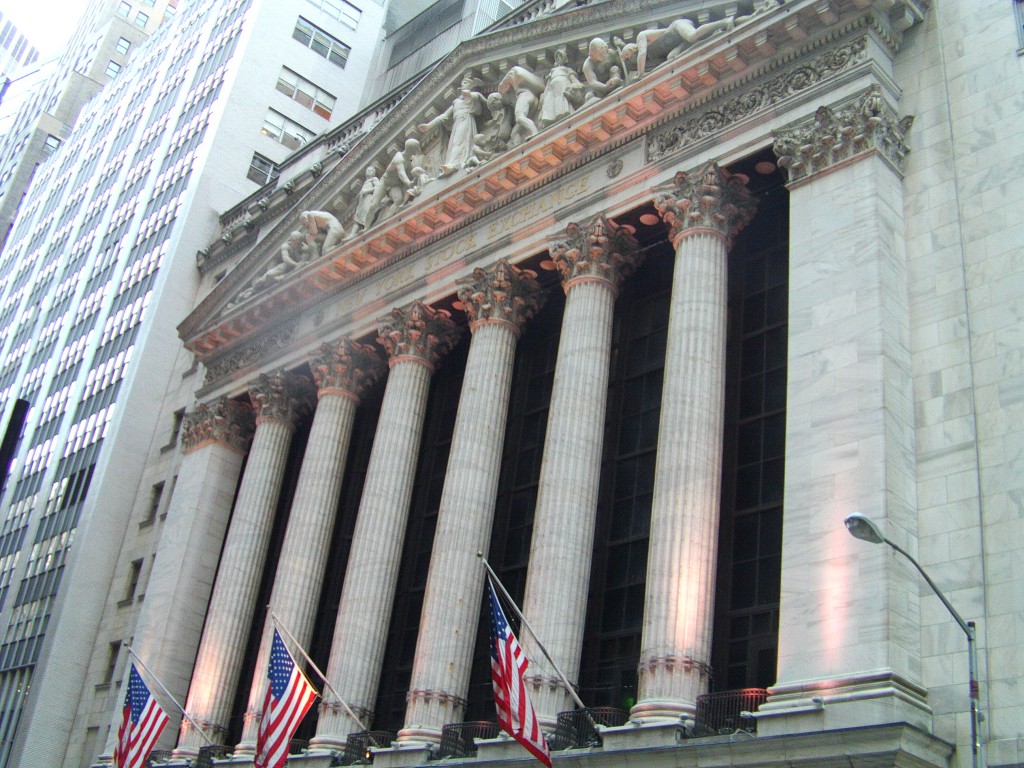 Despite of two decades of privatisation hysteria and anti-étatistic propaganda the state in general still plays a major role in the European industrial sector. But not only in Europe the state and by this the taxpayer had to come to the rescue of major corporations such as GM and Chrysler.

In many countries the state still plays an active role as industrial entrepreneur and it may one make think why the industrially successful nations have not been those in which the state had surrendered it’s industrial policy to the neo-liberal dogma.

In this regard it is worth mentioning that the US got shocked recently by the prediction of IMF and World Bank that in less than 5 years the People’s Republic of China will become the number one world economy.

And, while Germany’s Deutsche Börse AG is taking over the New York Stock Exchange (NYSE) technically handing over the license to print money to Frankfurt, Germany’s export leaning economy is getting ever deeper into the claws of the dragon as the Chinese state capitalistic economy is absorbing resources and innovation in a way Germany won’t be able to compete with. So far, Germany has been able to generate huge trade surpluses because of wage- and tax-dumping that won it’s manufacturers huge advantages over other EU member states.

With the collapse of more and more Southern and South-Eastern European economies also because of Germany’s aggressive export strategy and the decline of the US, the biggest importer of German capital goods, Germany now increasingly relies on Chinese demand of it’s goods.

But, to compete with China will be difficult for Germany as wages are already on the level of the early 1980ies (clear of inflation) and the other cost factors such as raw materials and energy resources will lead to an extremely dangerous rivalry.

German shareholders will have to tighten their belts when dealing with China as in addition to being profitable a privately owned enterprise traded at the stock market needs to produce a shareholder value. This is a clear disadvantage for capitalistic companies. State owned companies only need to be sustainable in their production as they don’t need to feed shareholders which is a clear advantage for the Chinese model.

Indeed, in China most of the enterprises are still owned and controlled by the state. One doesn’t have to accept the form of worker’s exploitation in Chinese companies to admit that these are extremely successful.

In the last four months of 2010 the Chinese state owned industries accumulated a net profit of 85 billion US Dollars which to a large degree is available for the public hand and does not unlike in Western World corporations disappears in private shareholder’s pockets.

In this sense China is a good example for state owned companies that are managed in a similar way as capitalistic corporations and which also offer incentives and structures for bonuses but are free from pressure to create short term gains for pleasing shareholders. Instead, the accumulated wealth is being re-invested, something most of our major multinational privately owned corporations are missing these days.

Although Chinese companies are certainly not a good reference for an utmost of socialism but rather brutal exploitation of their workers the fairy tale of supposedly inefficient state owned industries is led ad absurdum. Likewise do privately owned major corporations not live up to what a free market economy would demand from a modern, innovative and sustainable production.

This is also true for many other South East Asian companies such as the major state-owned steel industries in Southern Korea and Taiwan which for many years already produce more efficiently than any privately owned steel factory in other parts of the world.

In Sweden many state-owned companies were made efficient and profitable by the introduction of an incentive scheme that let these companies operate equally good or better than any private competitor.

Until the mid 1990ies the quota of state-ownership in the EU has been at around 17%. Then, a liberalisation- and privatization Tsunami pushed it to under 10% resulting in the destruction of industrial capacity that in the US as well as Great-Britain led to de facto de-industrialisation.

The French Caisse Deparnage (CDC) founded under Louis XVIII is still state owned and a shareholder in about 250 French corporations including most of the CAC 40 listed industry – leading companies. These assets are frequently used in order to fend-off hostile takeovers or transfer of jobs to cheaper production sites abroad.

In reality there is no country that doesn’t have the state fulfil certain economic functions, especially when it comes to subsidies for research and innovation. IT business is the fastest growing industry of the past decades and until today the area of the economy most dependent on subsidies and tax shelter schemes.

In Southern Korea, Taiwan, India and China up to 100% of the investment in that sector are financed by the state the Financial Times noted. But, also outside the IT business many private major corporations are only profitable thanks to the state-interventions. In Germany the government comes up with 30% of all costs for research and innovation that is conducted by major corporations such as BASF or Merck und Philips.

If the state subsidies for research lead to a patent, then, of course, the revenue derived from that patent will be enjoyed solely by the company’s shareholders. Most SMEs can only dream of such comfortable state-aid.

Also the banks in all OECD countries, foremost the US and EU member states are enjoying a de-facto state guarantee – for free and when Greece, Ireland, Portugal and other states are being „rescued“ it is foremost the shareholder value of the banks that is at stake.

In case of the nuclear industry it is also the state which carries all the risk. Electricity from nuclear energy would be far too expensive if the industry had to insure their reactors against meltdowns like in Fukushima. And, the alternative energy market is as well funded by the state.

Agricultural production is heavily subsidised and in Germany it is the state which regulates the tariffs for medicine and by this makes sure that the pharmaceutical industry can pay 30-40% dividends every year.

Nobel economic laureate Joseph E. Stiglitz once asserted that one of the biggest successes of the US were the results of the public financed research at universities especially in the field of IT and biotechnology. He is right, ‘the market’ is not the great inventor anymore as many innovative products are often side products from military research. The internet for instance got developed in the nuclear research facility CERN.

One thing is clear, though, research and innovation require a long breath, especially in terms of finance, and the hungry private shareholder can not wait that long. That’s why the state steps in.

In other words, the talk about a state-free economy is a neo-liberal myth. The state plays an important economic role in all countries and the only substantial difference between China and the non-communistic world is that the engagement by the state does not to such an extent benefit rich private shareholders and instead allows for profits to be re-invested.

That’s why China is on the road to success and the Western Free Democracies are doomed if they don’t change fundamentally and rapidly. The hostile takeover by China is in full swing.

OP-Ed by Ralph T. Niemeyer Russian Foreign Minister Sergey Lavrov blames the US for Russia’s invasion of Ukraine. Today they would act in a…